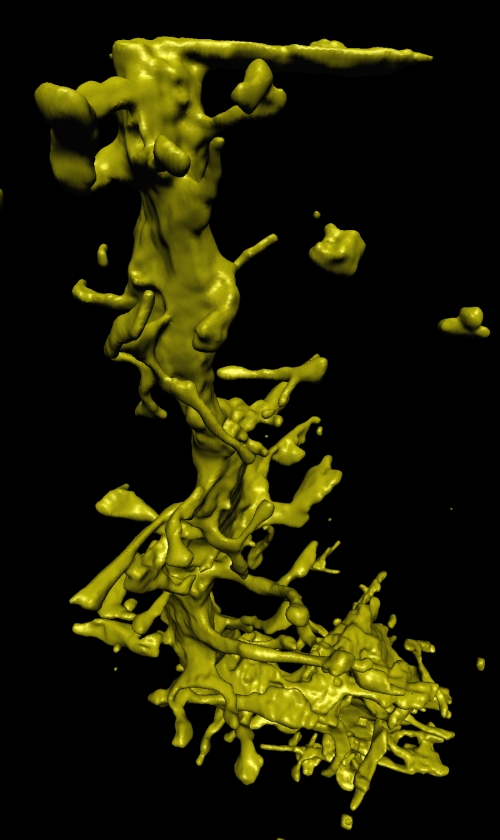 Traditionally, processing tomographic data begins with reconstructing volumes. However, when the tomographic data is incomplete, noisy, or misregistered tomographic reconstruction can produce artifacts in the volume, which makes subsequent segmentation and visualization more difficult. Researchers in the SCI institute are developing direct methods for segmenting tomographic data. The strategy is to fit 3D surface models directly to the tomographic projects, rather than the volume reconstructions. In this way, the surface fitting is not influenced by reconstruction artifacts. Implementing this strategy requires several technical advances. First is a mathematical formulation that relates object shape directly to tomographic projections. This results in a description of how surfaces should deform in order to match the tomographic data. The second advance is the use of a surface modeling technology that can accommodate a wide variety of shapes and support incremental deformations. This is done using 3D level-set models, which results in a 3D partial differential equation (PDE). The final advance is development of computational schemes that allow us to solve these PDE's efficiently. For these we have developed the incremental projection method which significantly reduces the amount of computation needed to deform these 3D surface models.

Members of the SCI group have been working with the National Center for Microscopy and Imaging Research (NCMIR) at the University of California, San Diego to apply these method to transmission electron tomography (TEM) data. TEM is used to study the 3D structure of very small objects, such as cells and molecules. Results on this page show 3D surface models, constructed using this new method, of a spiney dendrite. Scientists are studying the shapes of these dendrites to better understand their relationship to neurological disorders, such as Alzheimer's disease.

From Sinograms To Surfaces: A Direct Approach To The Segmentation Of Tomographic Data 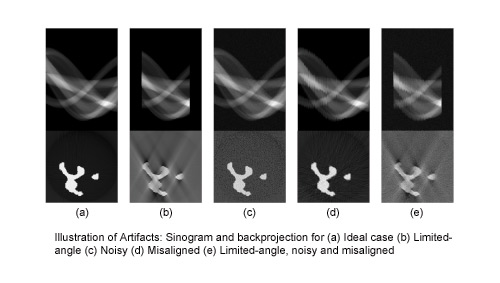 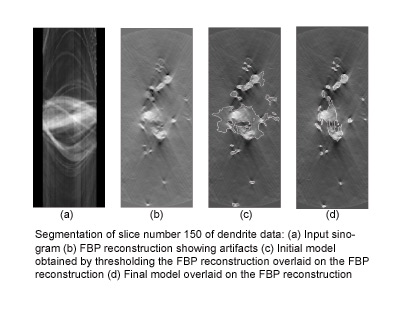 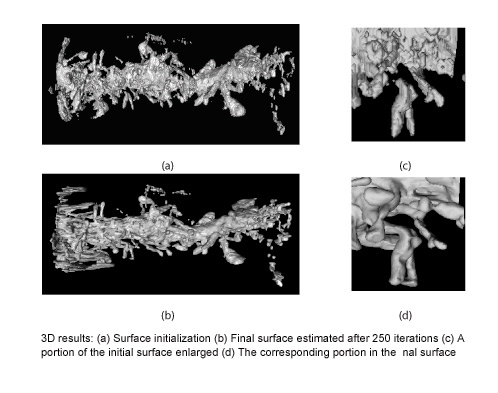