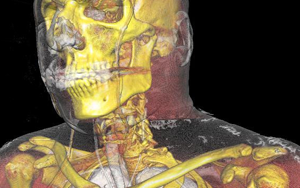 The ImageVis3D team is proud to announce the release of ImageVis3D 2.0. Download ImageVis3D is a desktop volume rendering application which was designed to visualize large data. Support is available for multiple rendering modes, such as 1D and 2D transfer functions, isosurface rendering, as well as specialized modes such as MIP and slice views. On modern systems, ImageVis3D's GPU-accelerated rendering delivers incredible performance, while compatibility options exist to allow ImageVis3D to perform adequately on older systems.

ImageVis3D 2.0 is a major release, bringing many new features and a great number of bugfixes. Changes since 1.3 include: