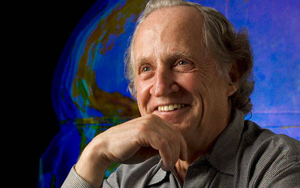 The NIH Center for Integrative Biomedical Computing (CIBC) and the Scientific Computing and Imaging (SCI) Institute would like to join the international scientific community in extending our heartiest congratulations to our University of Utah colleague Dr. Mario Capecchi as one of the three recipients of the 2007 Nobel Prize in Physiology or Medicine. This award recognizes the ground-breaking work of Dr. Capecchi and his scientific contemporaries, Dr. Oliver Smithies of Cardiff University in the UK and Dr. Martin Evans of the University of North Carolina at Chapel Hill, in the development of genetic targeting of embryonic stem cells in mice. This novel technique selectively alters individual genes in the mouse DNA. Through studies employing genetic targeting, medical researchers now can better elucidate the roles that particular genes play in the animal development. The application of this method has revolutionized the study of mammalian biology and contributed to the development of new animal models for numerous human diseases in addition to cancers occurring in mice.

Recently, CIBC researchers have joined forces with Dr. Capecchi and his team to develop new methods for phenotyping genetically modified mice through the use of advanced image analysis and visualization techniques. Researchers from the Capecchi lab and the CIBC recently collaborated on a study that resulted in a new process known as microCT-based virtual histology. This technique employs state-of-the-art imaging and visualization techniques to characterize animal development and to observe the effects of the targeted genes more precisely and efficiently. The new methods emerging from this collaboration have the promise of accelerating the pace of understanding within mammalian genetics.

Dr. Capecchi is the first faculty member in the history of the University of Utah to receive the Nobel Prize. He will be honored with this year's others Laureates - including former U.S. Vice President Al Gore and English author Doris Lessing - in a ceremony in Stockholm on December 10.

For more details on this year's Nobel Prize in Physiology or Medicine, see:
Powered by Gantry Framework
Copyright © 1998 - 2022 Scientific Computing and Imaging Institute