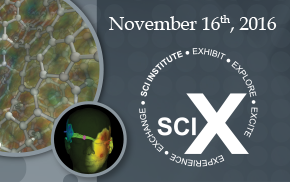 SCI Institute Technical Exchange (SCI X) was created to strengthen the interactions between the SCI Institute and other academic researchers, and also those companies conducting or wishing to conduct research with the University and inspire them to increase their collaborative efforts in research and new product development.

SCI X is intended to provide its guests access to unique resources and expertise found within the SCI Institute, creating an expanded relationship between the SCI  Institute and our past, present and future academic and industry collaborators. 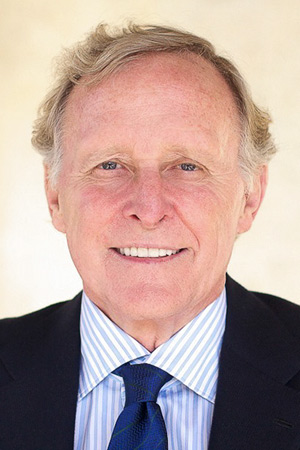 Upon graduation in 1974, Jim was a Professor at the University of California and at Stanford until 1982, when he formed Silicon Graphics, Inc with a team of graduate students. Silicon Graphics developed the OpenGL Graphics library, making it the universal 3D graphics standard. SGI also developed the widely copied GPU architecture. Both OpenGL and GPU's are pervasively used now in practically all computing devices, including smart phones.

In 1994, he left SGI to form Netscape Communications with Marc Andreessen and a team of students from the University of Illinois. In addition to developing the first production Web Browser, Netscape enabled the first commercial use of the Internet by developing Secure Sockets Layer (SSL), which was later renamed Transport Layer Security (TLS). SSL/TLS is today the most widely debugged, used and distributed security software in computing history. It is the encryption and site authentication standard of the Internet.

Jim has been part of either starting or financing a number of other companies, including MyCFO, WebMD/Healtheon, and Shutterfly. Jim is a principal investor in and on the board of directors of Ibotta and IEX, and is an investor in Mic. He has donated extensively in support of the arts and is a principal contributor to the Perlman Music Program.

Most recently, Jim is cofounder and CEO of CommandScape, Inc, which is a commercial & home security and automation company. CommandScape has developed hardware and software to combine many building control and automation functions into a single application that uses SSL/TLS for its user authentication model.


Links to the Keynote and poster presentations can be found at http://www.sci.utah.edu/the-institute/scix.html