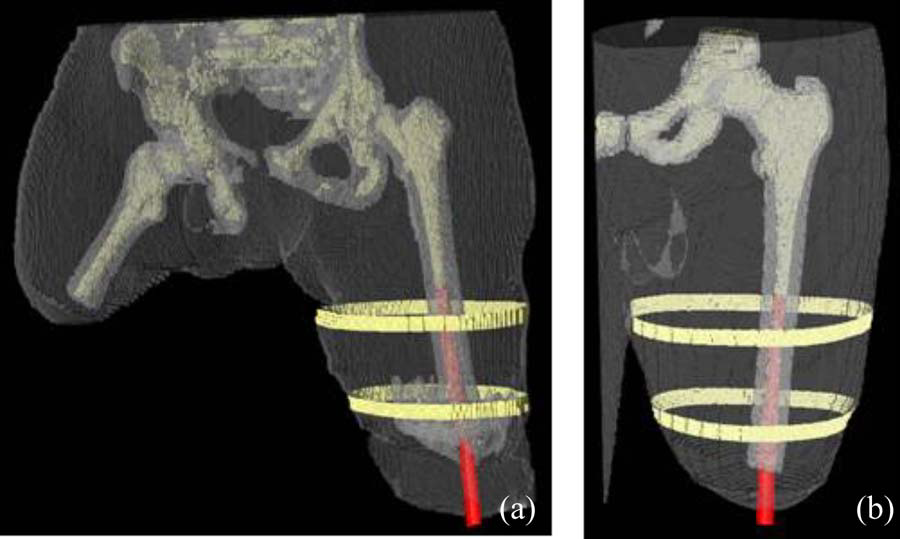 Although the survival rates of warfighters in recent conflicts are among the highest in military history, those who have sustained proximal limb amputations may present additional rehabilitation challenges. In some of these cases, traditional prosthetic limbs may not provide adequate function for service members returning to an active lifestyle. Osseointegration has emerged as an acknowledged treatment for those with limited residual limb length and those with skin issues associated with a socket together. Using this technology, direct skeletal attachment occurs between a transcutaneous osseointegrated implant (TOI) and the host bone, thereby eliminating the need for a socket. While reports from the first 100 patients with a TOI have been promising, some rehabilitation regimens require 12-18 months of restricted weight bearing to prevent overloading at the bone-implant interface. Electrically induced osseointegration has been proposed as an option for expediting periprosthetic fixation and preliminary studies have demonstrated the feasibility of adapting the TOI into a functional cathode. To assure safe and effective electric fields that are conducive for osseoinduction and osseointegration, we have developed multiscale modeling approaches to simulate the expected electric metrics at the bone--implant interface. We have used computed tomography scans and volume segmentation tools to create anatomically accurate models that clearly distinguish tissue parameters and serve as the basis for finite element analysis. This translational computational biological process has supported biomedical electrode design, implant placement, and experiments to date have demonstrated the clinical feasibility of electrically induced osseointegration.